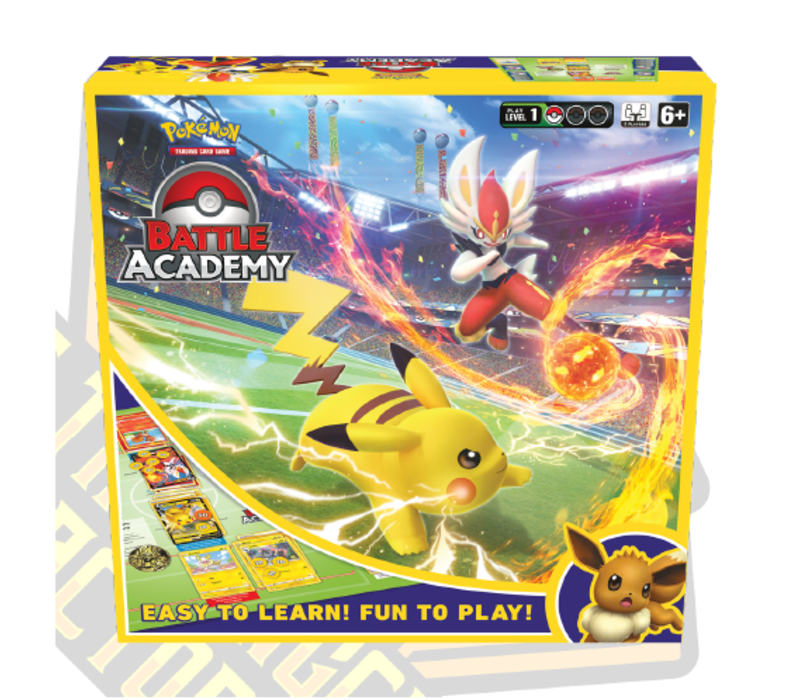 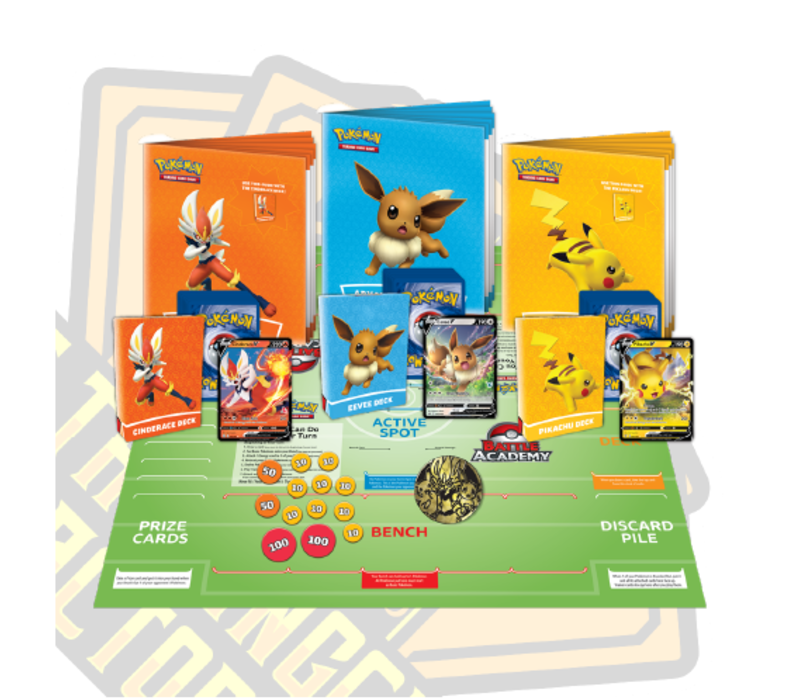 Prepare for a Pokémon battle with the ready-to-use Pokémon Trading Card Game Battle Academy! The Battle Academy includes everything two players need to play, with deck rule books making your first game easy to learn. You can choose Cinderace or Pikachu to lead your team in a heads-up battle against another Trainer. Then swap decks to play Eevee against Cinderace or Pikachu and lead another team of Pokémon into the arena! With a little strategy and a little luck, you can compete with the best! 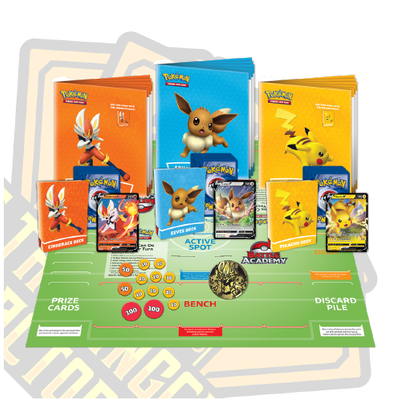