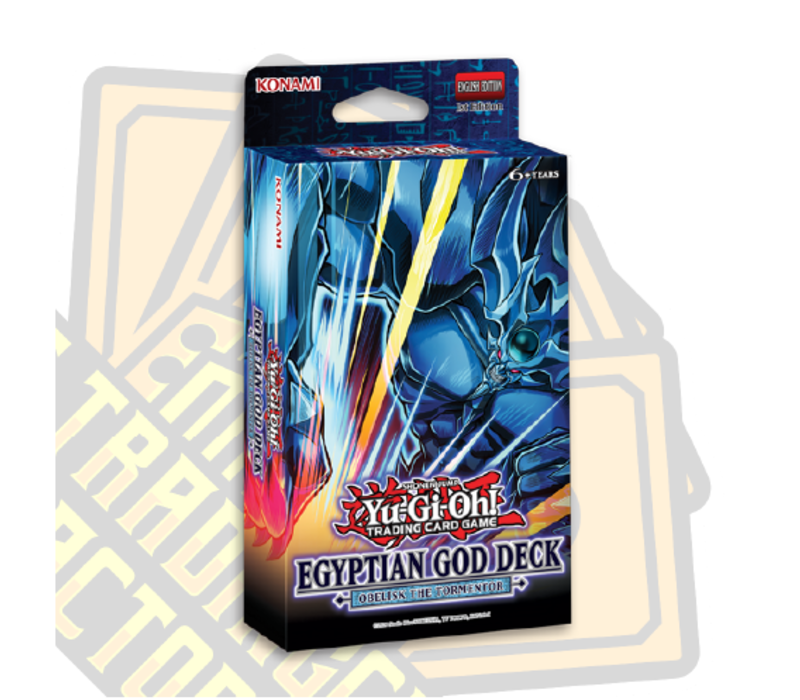 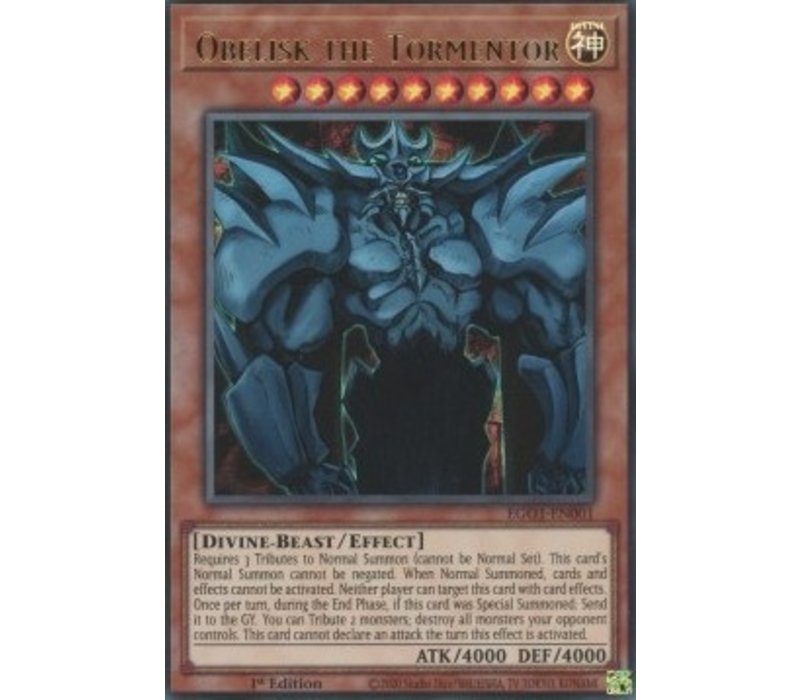 €9,00
Each Egyptian God Deck is 40 cards total, is playable on its own straight out of the box and comes with a Dueling Guide
In stock
Delivery time 2 to 3 working days
Available in store: Check availability

Unleash the true power of Obelisk the Tormentor by Tributing 2 monsters you control and wipe your opponent’s monsters off the field! This Deck uses self-replicating monsters to provide Tributes and protect your Life Points as you get closer to drawing your Divine Beast. Obelisk’s own ability can crush your opponent’s monsters all at once, but throw in the new Spell Card, Fist of Fate, and you can negate a monster’s effect and destroy it without needing to Tribute. Activate during your own Main Phase and you can crush all your opponent’s Spells and Traps as well! 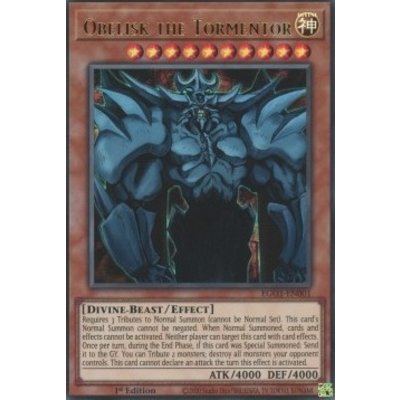